BRB Pet Depot is a family business specializes in seeking and making ‘All Natural Moose & Elk Antler Chews’ for dogs proudly made in Canada! They had found a lot of success selling their products on social media but wanted to expand their business further with a new logo, packaging and a website to sell more directly .

Being that their company was inspired by their family of pets their logo was designed in memory of one of their dogs, Bear, who was an inspiration for starting BRB Pet’s. 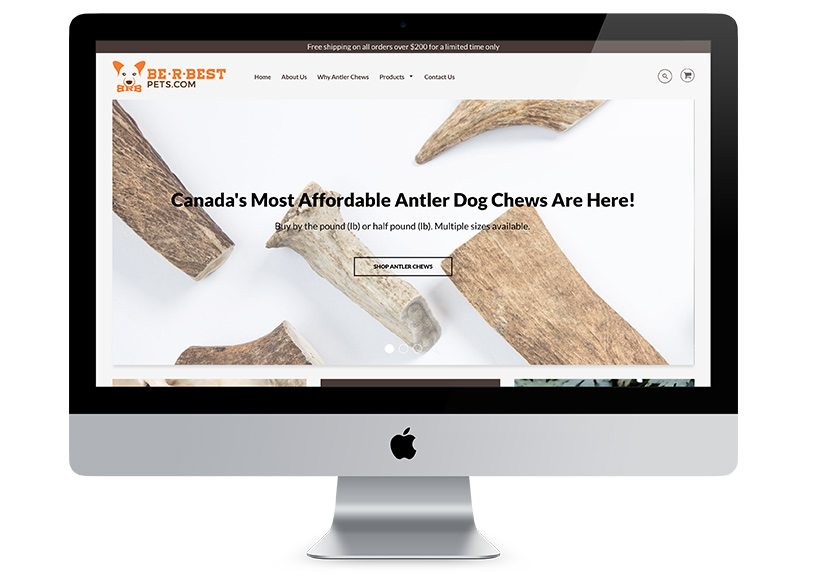 Once their new logo was decided on we moved to designing a website using the Shopify platform to sell their products online. A concept was created and once approved the site was set up for them. Some custom graphics were created to compliment their new brand and once the project was complete a social media campaign was launched to drive traffic to the new site.